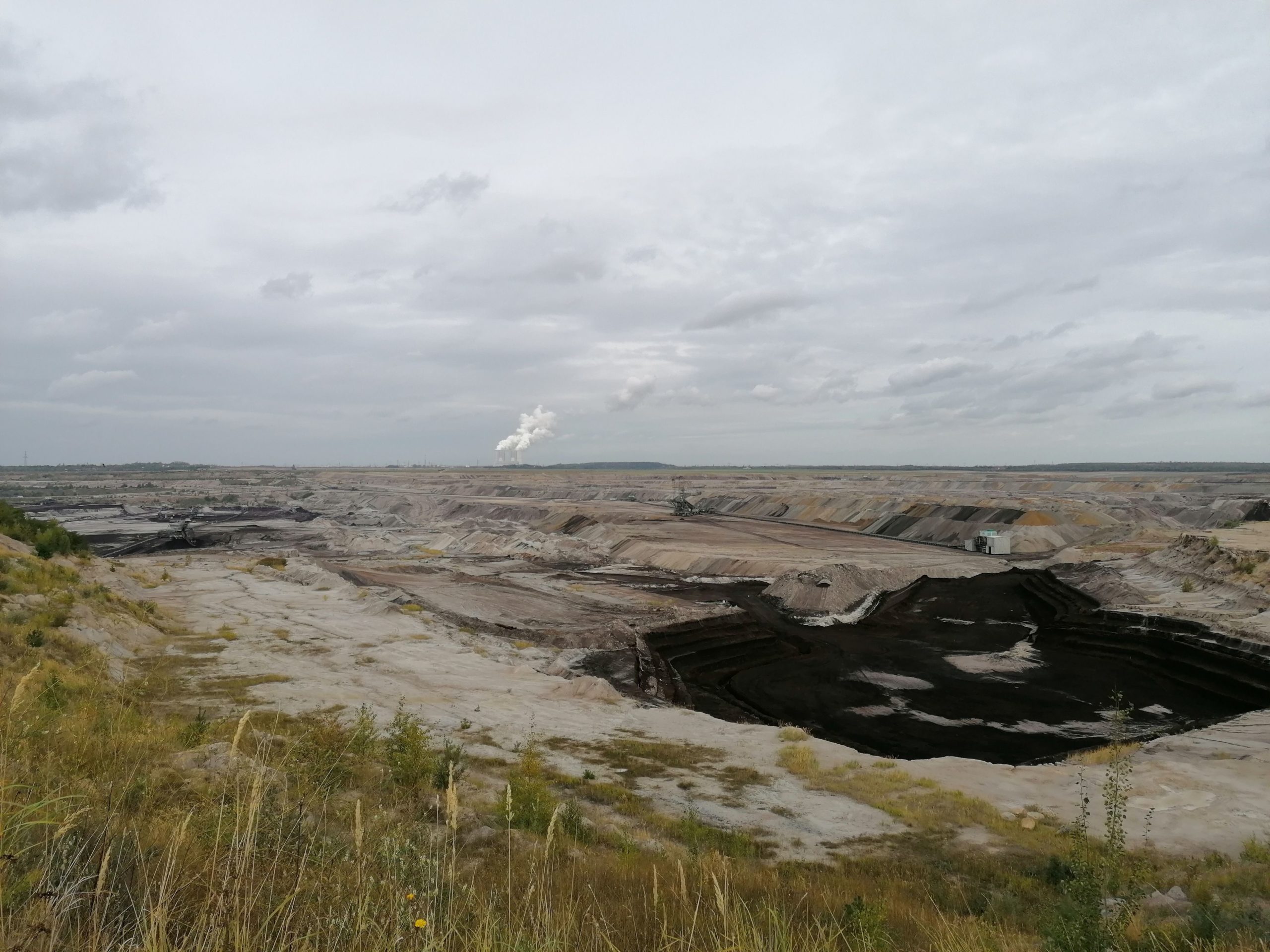 „The Zone is not a territory, but, on the contrary, a trial which one either passes or fails. Everything depends on self-dignity, on how far one is able to distinguish between the important and the transitory.“

In the science fiction novel “Roadside Picnic” (Piknik na obochine) by Boris and Arkady Strugatzki (1972) an extraterrestrial event called the Visitation left, without further additional traces, half a dozen of affected zones behind; their random distribution in space an effect of a rotating object, that is Earth, being shot at a certain angle from a cosmic distance. These secluded zones exhibit strange and dangerous phenomena and are littered with strange artifacts of inexplicable and supernatural properties. The title of the novel alludes to the analogy one of the main characters constructs to make sense of the unconceivable:

“A picnic. Picture a forest, a country road, a meadow. Cars drive off the country road into the meadow, a group of young people get out carrying bottles, baskets of food, transistor radios, and cameras. They light fires, pitch tents, turn on the music. In the morning they leave. The animals, birds, and insects that watched in horror through the long night creep out from their hiding places. And what do they see? Old spark plugs and old filters strewn around… Rags, burnt-out bulbs, and a monkey wrench left behind… And of course, the usual mess—apple cores, candy wrappers, charred remains of the campfire, cans, bottles, somebody’s handkerchief, somebody’s penknife, torn newspapers, coins, faded flowers picked in another meadow.”

In this analogic bewilderment, the humans relate in a similar manner to the inexplicable, yet powerful artifacts, seemingly left behind in a random manner. Discarded and forgotten, the artifacts regularly attract scavengers and their guides, termed “stalkers”, into the dangerous and oftentimes deadly zones.

A powerful and visionary metaphor for the unseen dangers and toxicity of the industrial age, the novel engages with the survival in a harsh world haunted by past events. Even the term “stalker” made it into the vernacular of the Russian language, designating a person that roams abandoned industrial sites and ghost towns, ubiquitously present in many countries of late industrialism. 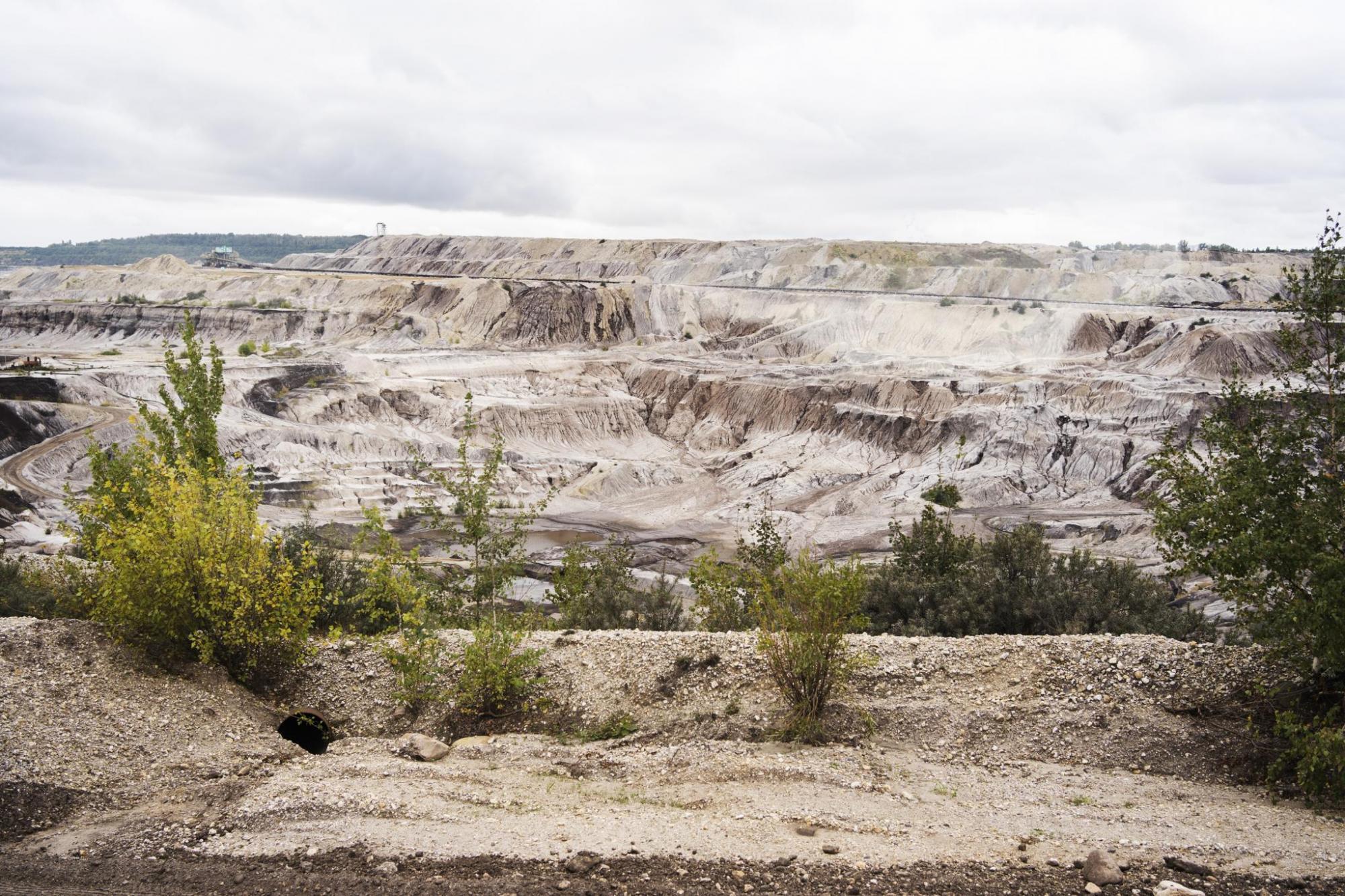 Inextricably intertwined with the heavy industrialization of Middle Germany, the open pit mine, opened in 1941, is one of Europe’s largest lignite mines with an average annual production of 8 million tons of coal. Currently, Profen is one of the last lignite mines in Germany still procuring coal for national and international markets.  Yet, its days are counted, as Germany’s coal phase out advances to the anticipated entombment date of 2038.

At the bottom of one of the last operating pits, close to the lowest lignite strata glittering in a damp dark brown, our MIBRAG (Mitteldeutsche Braunkohlengesellschaft) guide mulls melancholically of a soon bygone age and reflects with bitter undertones on all the missed opportunities of a energy transition that categorical excludes carbon-based energy sources. A large bucket-wheel excavator hovers above, while dozens of wind turbines visible above the pit’s frayed rim churn silently in the background.

Like a lone sentinel, a recently erected observation tower is overlooking the Geiseltalsee, with 1,900 hectares the largest artificial lake by area in Germany. Once a former opencast lignite mine, also famous for its rich paleontological Eocene record, the artificial crater was flooded from 2003-11, submerging the landscape scar that was left after the extraction of 1,4 billion tons of coal under 80 meters of water, that is now teaming with a multitude of recently reintroduced fish.

This place projects an eerie naturalness. The recultivated slopes feature an intricate patchwork of plant succession supplemented by a juvenile vineyard with an adjacent winery, while sandy beaches, campgrounds, Mediterranean themed holiday apartments and a slightly out-of-character marina cater to an imagined future aqua tourist: “Wasser, Wein, Genuss”. Next to our vantage point and impromptu picnic spot, an abandoned Cold War air defense bunker remains hidden among the shrubs in plain sight. 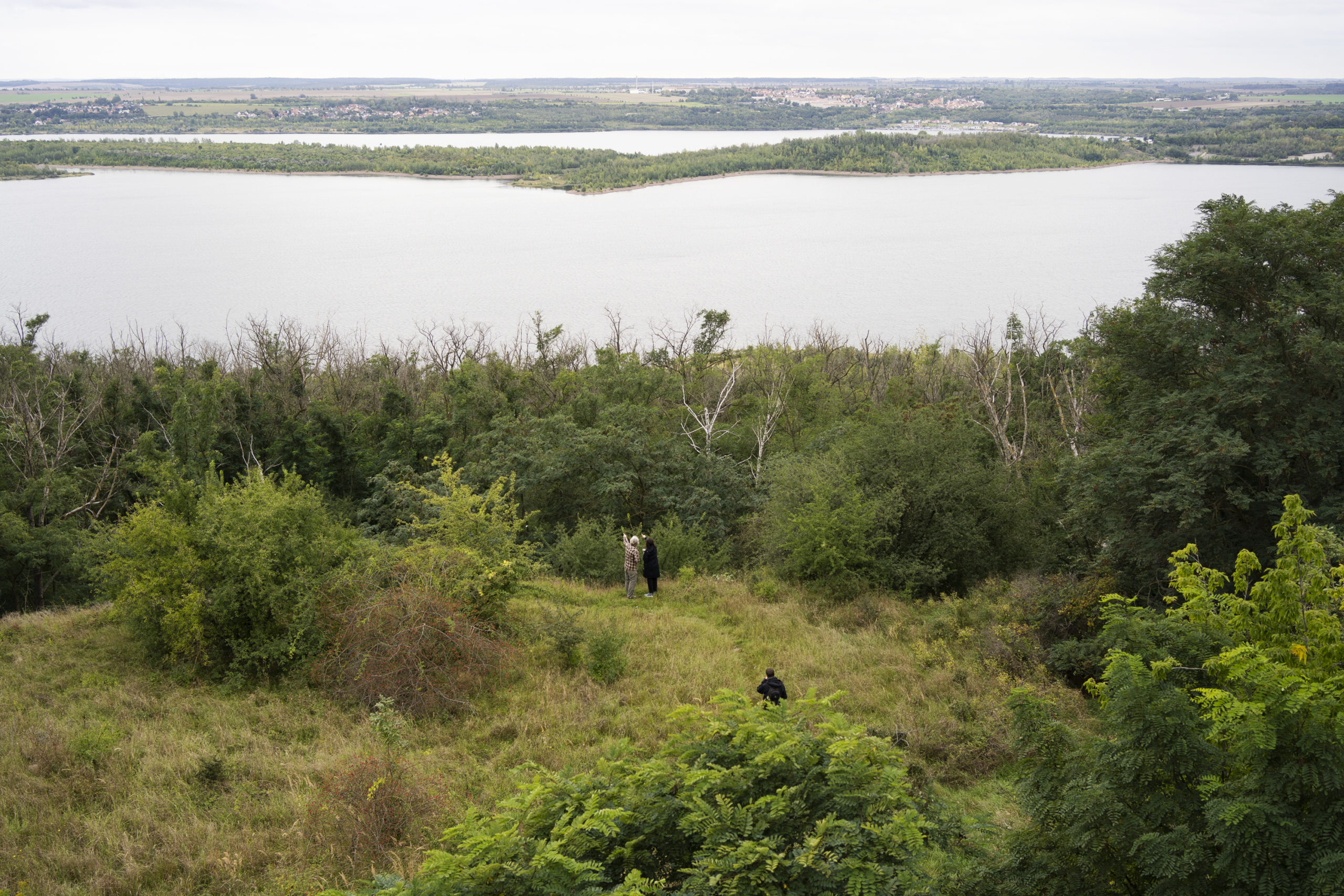 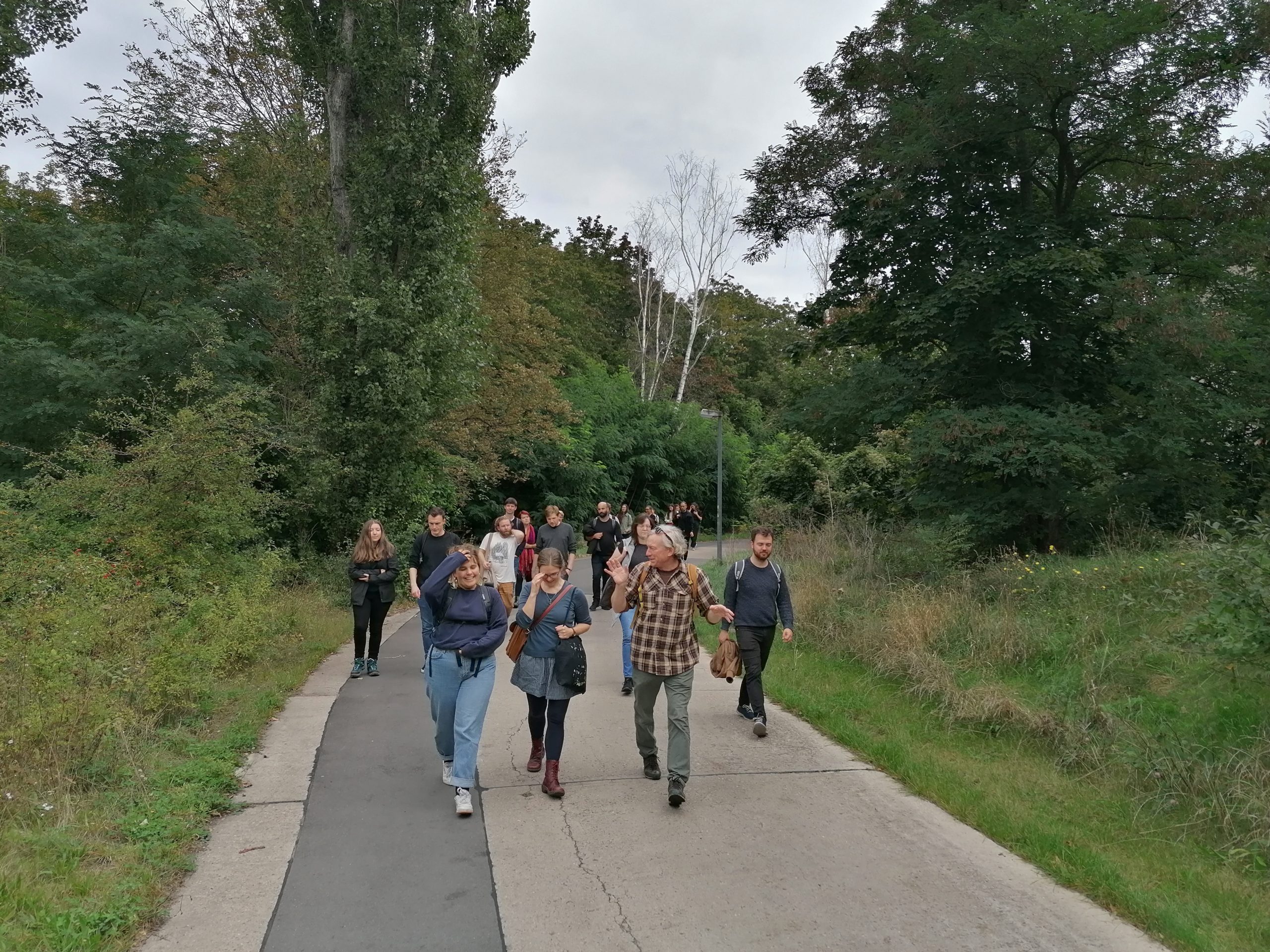 The dark forest that reaches into the city of Halle like a wedge barely hides under its foliage the traces of 5000 years of human history in the region. Ecologically defined as a heath, it is as much a cultural as a natural landscape. Historically used as a common, heaths were designated places outside of fertile agricultural land, where commoners could graze their personal cattle and sheep and collect firewood. This intensive usage shaped the heath’s biogeographic realm for millennia. Yet, the gradual abandonment of these common practices at the beginning of the industrial age led to a gradual rewilding of these areas, creating nowadays the impression of an almost primordial sylvan landscape. Inside the dense forest, a large plateau rises 20m above the surrounding terrain, former home to one of the largest Neolithic settlements in Europe. Archeologist estimate that for the surrounding palisades alone 10 to 20 thousand trees had to be cut. All decomposed by now, only the cists, small stone-build coffin-like boxes, remain scattered in the undergrowth.

We enter the forest on its eastern edge, where in 1933 Nazi Germany erected the first of its thing (assembly) places. Only a few walls and stairs remained from this hapless attempt to establish a monumental ritual architecture for a new neo-Germanic religion. A few steps into the woods and we stumble over an abandoned graveyard, specifically devoted to the suicidal, for whom the forest had its very own attraction during 19th century. Further into the forest we encounter the remains of a ramparts used by Swedish soldiers during the siege of Halle in 1633. A hollow, carved out of the soft rock by hundreds of years of usage, leads us to the top of the plateau. The forest reached out to us in its very own way: engulfing us with myriads of mosquitos.  On an observation tower high above the canopy we can finally see past the forest’s edge: To the South, Halle Neustadt’s utopian high-rises, and beyond, the smoke stacks of Leuna’s chemical industry and the cooling towers of Schkopau’s coal fired power plant; to the North, along the barely visible edge of the river Salle, the abandoned storage buildings of Halle’s defunct riverine harbor; further West, huge spoil heaps remind of the burgeoning copper slate industry that peaked here during the 20th century. Yonder, literally hundreds of wind turbines spike the horizon line, as far as the eye can see.

How can we make sense of these various estrangements, visitations and sedimentations of multiple pasts in this (industrial) landscape? The two accompanying lectures / workshops by Tobias Holzlehner and Amy Walker aimed to provide some guidance how we can “stalk” these specific and intricate relationships between landscape, industries and various forms of abandonment. While Tobias was taking us to a deserted (post-Soviet) landscape at the edge of Eurasia, highlighting the heuristic value of materiality in the form of an archaeology of the contemporary past, Amy spirited us away to the gloomy coal valleys of Wales, underscoring the affective dimensions of industrial abandonment. After all, people lived and still live in the zones, trying to make sense of the ruptured passage of time in their very own way. 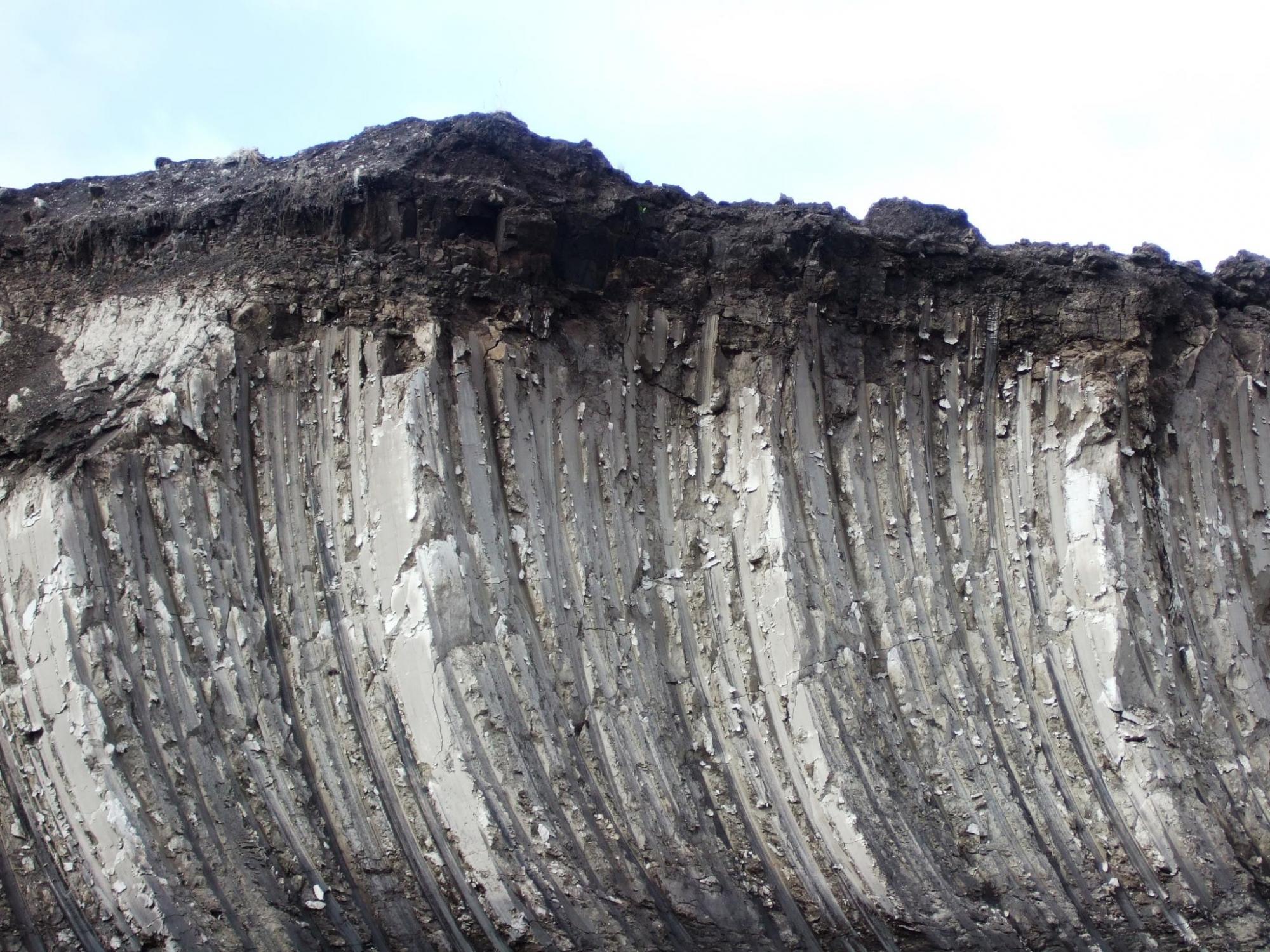 What do we talk about when we talk about post-carbon futures? Reflections on the Post-Carbon Futures Cities, Industries and Energies in Central Europe Summer School in Halle

“One way or another, they [tourists] bring value, not only in the financial sense but also intellectually, becoming objects of contemplation. In addition, the figures and gazes of tourists shape and change the landscape familiar to the locals, emphasizing the aspects that the locals have failed to notice and appreciate. In this way, deserted places become destinations, and vice versa,” I recall this thought by Vytautas Michelkevičius’ in the Nida Art Colony Log “On Critical Tourism” (2013: 4) when standing at the bottom of Tagebau Profen, an opencast lignite mine on a cloudy afternoon on Friday, September 24, 2021. Spending one’s weekend catching the last breath of a mine is not a usual tourist attraction, but equipped with theoretical knowledge, we – anthropologists, human geographers, and the alike – often still find ourselves unarmed when entering the field for the first time, so I believe it is fair to call ourselves critical tourists, looking not for pleasure, but… What are we actually (re)searching for? (to read on please find the pdf below) 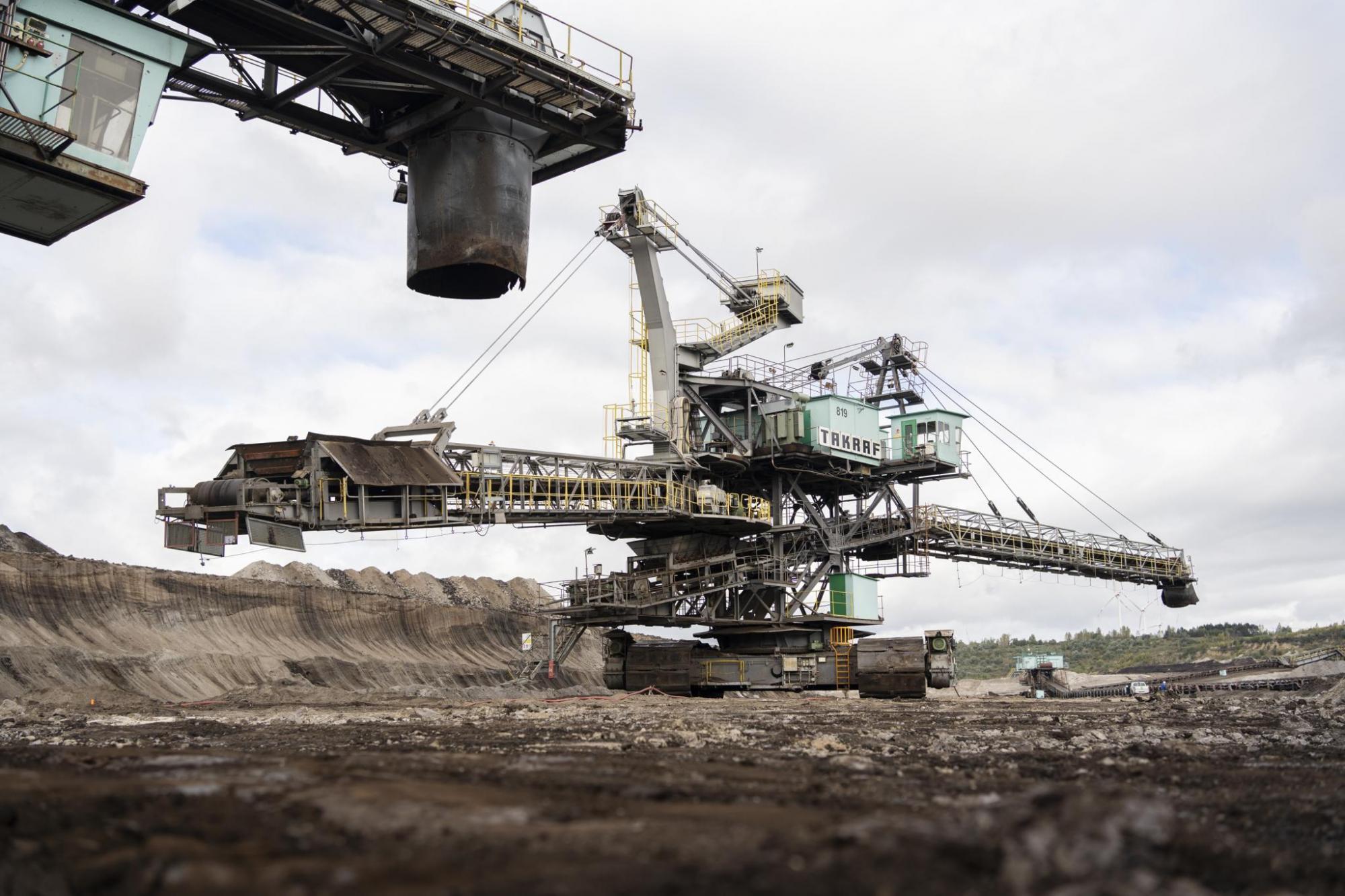 Engaging with natural and social science as well other actors plans and visions for sustainable energy future makes me aware of contradictions inherent in those transformation attempts: As long as capitalist modes of production and consumption are taken as the only frame of reference, those projects seem hardly possible to realise. Thus I think, there is a danger that people’s livelihoods might be destroyed and turned inhabitable by floods and droughts, extreme temperatures and water shortages before we understand that an economic system based on everlasting growth can’t create a just renewable future, despite all the good intentions and available technologies… (to read on please find the pdf below).

In six days, my understanding of our present and future has altered and expanded drastically. During the summer school, I tried not only to embrace all the new information but also to connect the general discourse to the topic of my future research. Some of the concepts that stayed with me are “utopias” and “dystopias” of the futures and the ways they are imagined by people, and the concept of multitudes of pasts and futures… (to read on please find the pdf below). 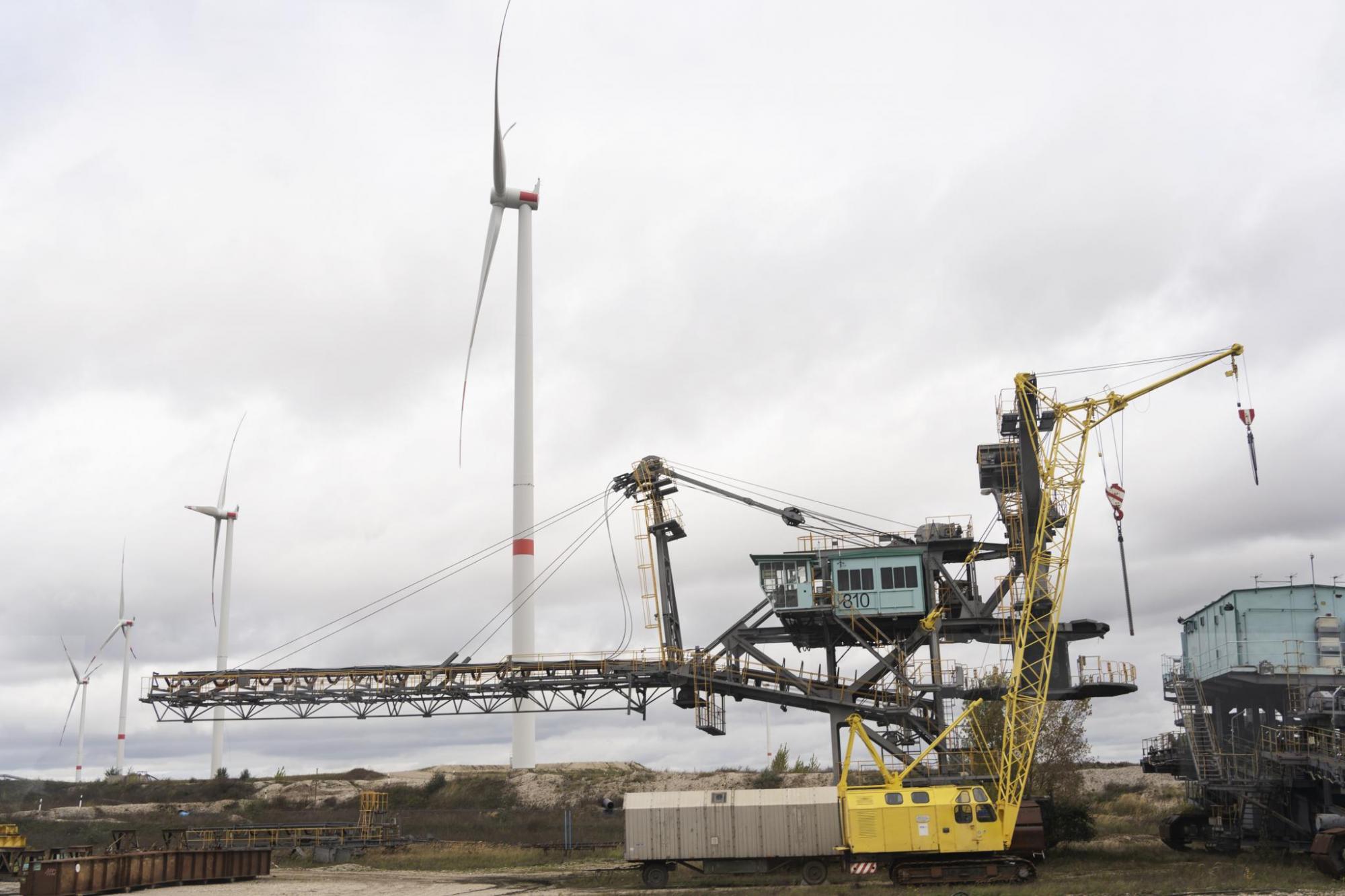